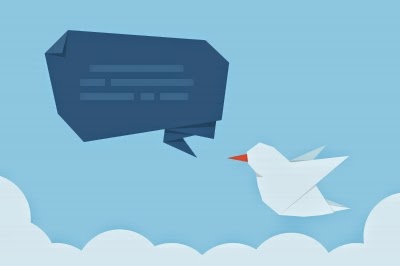 Originally
adopted by Twitter users as a way of categorizing messages, placing the hashtag
symbol before a relevant keyword or phrase turns them into searchable links that
bring together all posts containing the marked word or phrase.


Hashtags can be used to cover any subject from serious
events such as government elections to popular culture
and even celebrity scandals. After footage of Solange Knowles attacking sister Beyoncé’s
husband, rapper Jay Z trending hashtags included #WhatJayZSaidToSolange with users adopting it to tweet speculation
and jokes about the incident.
Hashtags are most effective when used to set the tone and
voice of a post and work as a way of adding humorous asides and sarcasm or to
give context to a post. For example, ‘Let the weekend begin! #TGIF’ or ‘Just spilt my second drink! #Fail’

Hashtags are also very effective when used as part of a
social media marketing strategy and are a brilliant way of promoting products
or campaigns. An excellent example of this was Domino’s #LetsDoLunch campaign which ran from 9 a.m. to 11 a.m. on March 5.
The pizza chain vowed to cut the price of its Pepperoni Passion Pizza by one
pence every time someone tweeted the hashtag #letsdolunch. After 85,000 tweets, the price dropped from £15.99 to
£7.74, and Domino’s offered that price from 11 a.m. to 3 p.m. that day. Here
are some more hashtags
campaigns that worked really well.
Brands can also use relevant hashtags to ensure their posts
and marketing materials are positioned in front of the correct audience. By using
popular and trending hashtags, businesses can join in conversations and
interact with their target audience. Hashtags.org is a website that monitors
trending hashtags in real time, a useful tool for business marketers.

Twitter
As Twitter was the first platform to use hashtags, the
features offered are more advanced than other social networks. The main purpose
of hashtags on Twitter is to separate and sort tweets into different
categories. A ‘trends’ sidebar also suggests hashtags that the user may be
interested in based on their previous tweets.
Hashtags on Twitter can also be filtered using various
options. By selecting ‘top’, users can see the most recent and popular tweets that
feature the selected hashtag, ‘All’ will show every tweet that has used the
hashtag displaying results in real time and ‘People you follow’ will show only
tweets using the hashtag from people you follow.
Facebook
Hashtags are a recent addition to Facebook, becoming
available in June 2013. A more simplified version of the Twitter hashtag,
clicking onto a Facebook hashtag will display all posts containing that hashtag
with no filtering options.
Instagram
Hashtags on
Instagram are used to help users find posts and discover new accounts to
follow. When used correctly, relevant hashtags will categorise your pictures
with similar posts that have used the same hashtag.
Google+
Google+ uses
hashtags in the same way as other platforms, to sort and categorise posts.
Google+ is unique in that it will show posts containing the original hashtag
and also suggest similar hashtags and keywords that may be relevant to the
user.
Google+ also
has the option to search on Facebook and Twitter for posts containing the
selected hashtag.
Tumblr
Posts on
Tumblr have a specific ‘tag’ section designed to organise the posts by topic.
These will only work when included in the correct section; a hashtag included
in the main body of the post will not become a searchable link.
Pinterest
Pinterest
uses hashtags to mark content and make it searchable. Clicking on a hashtag on
Pinterest will bring up all posts containing that specific hashtag and pins
that have the same keyword or phrase in the description.
Do you use hashtags as part of your digital marketing
strategy? Tweet us @Evonomie and tell us how!
http://rpc.technorati.com/rpc/ping